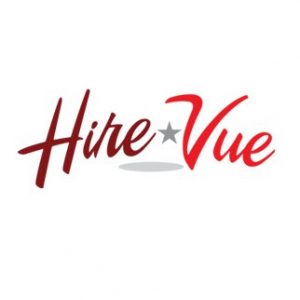 Continued international expansion with the addition of marquee customers including Total S.A., a top-tier oil and gas company with operations in 130 countries; Qantas Airways Limited; Vodafone; Keyence Corporation; and Rakuten, Japan’s top internet services provider. HireVue opened an office in London and continued to build out its global team to support the company’s international growth.

Powered more than 550,000 digital interviews and talent interactions in 120 countries in 13 languages. During the fiscal year, a HireVue digital interview was completed every minute of every day.

Added 84 new team members to support the company’s growth and provide customers with the world’s most innovative and reliable products, service and support.

Hosted more than 300 business executives and talent leaders during HireVue’s first Digital Disruption conference, where many of the world’s best and fastest growing companies shared how they are using digital technologies to build incredible teams around the world.

During the fiscal year, HireVue customers reported significant business results and improvements to the way they build, launch and coach their teams. Nucleus Research surveyed HireVue’s global customer base and found that HireVue customers consider 50 percent more candidates, hire 13 percent more top performers, and see 28 percent less turnover than before adopting the platform. Customers achieved these results while improving the candidate experience and reducing the overall recruiting costs by 24 percent. Specific customer case studies, including that of retail giant Urban Outfitters, can be found at www.hirevue.com.

“Our strong performance is the result of a growing, passionate customer base that is committed to building better teams through video and predictive analytics,” said Mark Newman, founder and CEO, HireVue. “We’re laser focused on helping customers push the boundaries of what is possible today with technology and providing them with visibility into the attributes that matter most – qualities like attitude, ambition, personality and communication style – to build the world’s best teams.”

During its last fiscal year, HireVue was also recognized by Inc. Magazine as #335 on Inc. 500 list of fastest-growing private companies, #11 of Top Utah Companies and #5 of Top Salt Lake City Metro area companies. HireVue was also ranked #10 on the Forbes America’s Most Promising Companies list, while its CEO, Mark Newman, was honored as a finalist for the Ernst & Young Entrepreneur of the Year award.

To learn more about HRchitect and how we can help your organization, please visit www.HRchitect.com. As the leader in Human Capital Management (HCM) Systems strategic consulting, we offer end-to-end HR technology consulting services focused around strategic planning, evaluation and selection, project management, implementation, change management and ongoing support of HCM systems. After more than 17 years in business working on over 2100 successful engagements for more than 900 clients across the globe, HRchitect is a name you can trust for all of your organization’s HCM technology-related consulting needs.

Press releases posted on HCM Tech Vendor News are provided to HRchitect by the technology vendors and posted by HRchitect as a service to our readers.