I am not certain as to why this happens, but unfortunately it happens anyway in a large number of system deployments. Despite overwhelming evidence that internal resources do not have either the time or the ability or both, companies still proceed to implement systems with the expectation that the end result will be stellar.

One would think that by now, most companies get the fact that you get out of something more or less what you put into it. This is something we all know – more or less one of those basic axioms that applies across life in general.

We wouldn’t build a house without ensuring we had experts doing it. We wouldn’t bet the ranch on a second string team. We wouldn’t take our car into servicing at the local high school. But for whatever reason, we are willing to put the implementation of highly valuable systems that are integral to our success as a company and that have a huge user base that is at best neutral about what we are doing or why we are doing it into the hands of people that have often not done this before or only have marginal time to contribute.

The result is highly predictable and if we are going to do this we should make sure we set the expectation bar nice and low. Otherwise we are set up for disappointment with the end state. Let me illustrate from a recent experience.

I just returned home from Lisbon. Anyone who has been to Lisbon has doubtless had exposure to the fabulous little custard tarts made famous in Belém. In my case – a lot of exposure! Upon my return I decided to make them myself. How difficult could it be after all? I know my way around the kitchen.

Unfortunately not when it came to making custard tarts. I made the custard, added the egg yolks, strained it and let it cool. I rolled out the puff pastry and molded the small shallow pastry shells. And then I put it all together. It took me almost three hours from start to finish. I followed the recipe to a T. And the final result was an epic fail. For all sorts of reasons as I reflected later. Little mistakes here and there. Lack of awareness as to quite important things like custard temperature, how long to let the puff pastry sit, how thick should the pastry be. Or was the temperature Celsius or Fahrenheit. All things that an experienced pastry chef would know in their sleep.

Needless to say – my next attempt will be more humble with the expectations for some improvement but the realization that I have a long way to go.

Back to system implementations and deployment and the basic axiom I mentioned.

If you want a system to be implemented and deployed well – with successful adoption and the accompanying return originally anticipated – it is critical that your team can actually do what you want them to do. If not – beware the epic fail. If you simply cannot resource the project with expertise and resource availability (two pretty critical success factors) don’t promise a home run. Let them know that a bunt single is the best you can do right now. 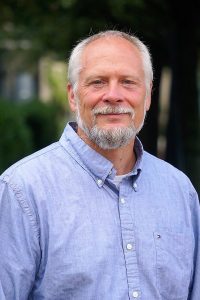 Brian has over 20 years of expertise in the Human Resources domain including over 15 years in systems development and implementation. Since he stated with HRchitect in 2000, Brian has led project management, functional consulting and training responsibilities in over 75 Applicant Tracking system evaluations and implementations. He is well versed in all aspects of the HR domain, including Applicant Tracking, Talent Management, Workforce Management, and the related technologies.

In his current role at HRchitect, Brian manages the firm’s HCM systems implementation services teams and leverages his extensive implementation expertise to develop HRchitect’s proprietary implementation methodologies and mentor his team. Brian’s expertise in managing and implementing HR systems has also resulted in numerous speaking engagements and published articles on how to successfully manage HCM technology projects. Brian enjoys the energy that comes from building something together with our consulting team and our clients that truly makes a difference within their organization. He feels that as a consulting organization we are able to bring a perspective to bear with our clients that is enabled by HRchitect’s continued commitment to vendor neutrality.

When Brian isn’t working with his teams or speaking on HCM implementation best practices, he enjoys cooking and experimenting with Fusion Cuisine as well as developing his own estate cidery in Winnipeg, Canada.